When you look up at the night sky, you are looking out into the outer space. The moon and shooting stars you see are part of what scientists call the solar system. The planet Earth is also a part of the solar system along with other planets spinning around the Sun.

How did the solar system form?

Scientists believe that the solar system formed about 4.6 billion years ago. First, the Sun was born from a spinning cloud of dust and hot gases. Next, the rocks, dust, and gas that orbit around the Sun formed the planets. All of the leftover materials stuck together and became comets, asteroids, and meteors.
​

How do scientists study the solar system?

Scientists send space probes to visit the different objects in the solar system. Space probes are robot vehicles that collect information from space objects. They are carried into space by rockets. They separate from their rocket and automatically follow the course programmed on their computers. They can also be controlled using radio signals from Earth.

Aside from probes, scientists also use landers to study space objects. Unlike probes that observe a space object by getting close to it, landers actually touch down on the space object. Landers have to be made of strong and tough materials that can withstand the harsh conditions during the descent. They may have to pass through extremely hot and poisonous gases as they land.

Some landers carry robot vehicles called rovers. Rovers are designed to move around and explore the space object being studied. They are able to collect more data which they transmit to their lander. The lander communicates the data back to the Earth.
​

What will happen to the Solar System if the Sun dies or stops burning?

In about 5 billion years, the Sun will reach the end of its lifetime. All of the nearby planets and the space rocks that orbit the Sun will be burned up. Later, as the Sun cools down, the remaining planets and space rocks will drift off into space. The gases and the dust from the heated space objects will form a huge swirling cloud called a nebula. From this nebula, a new star will be born. Eventually, a new solar system will be formed.
​ 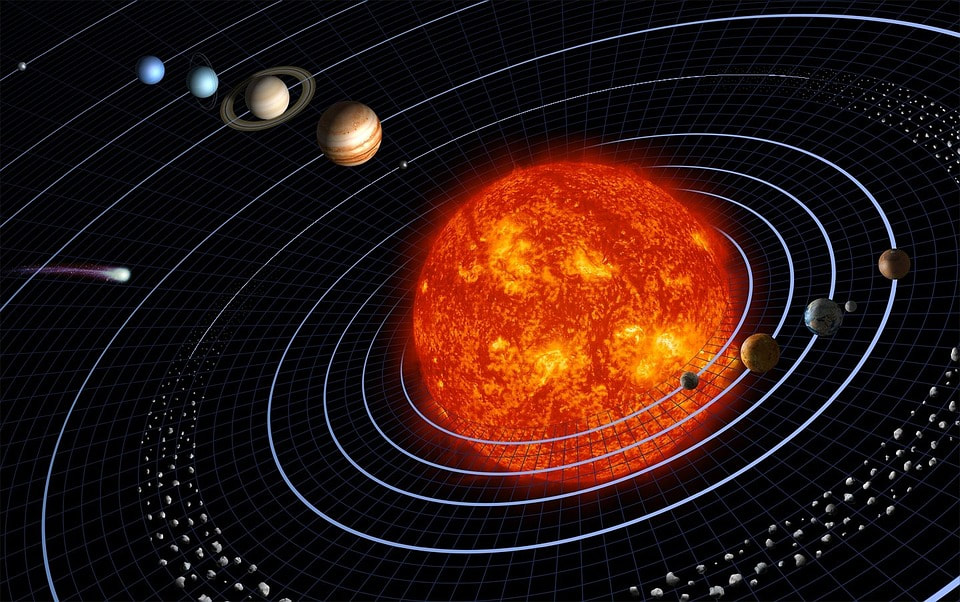